This is an errorist (1) mise-en-scène, a collaborative setting shown for the first time at the 31st Bienal de São Paulo. It is composed of several visual, audio, dramatic and literary resources. The play is inspired in Palabras Ajenas Words of Others. Conversations between god and some men and among some men with some other men and with god,(2) a literary collage created in 1967 by the artist León Ferrari (1920 -2013). In his text, Ferrari builds a script made up of news clippings and biblical and literary texts, a series of imaginary dialogues among different characters. In the book’s preface, the artist described the work as a dramatic play, and he gave some guidelines to be followed by a potential director in a possible representation.

ERRING FROM GOD plays with some of the guidelines of the structure proposed by Ferrari in order to readapt, update and rewrite his work to create a new play.

Error as a noun. To err as a verb:

THE SCRIPTS that are part of ERRING FROM GOD are conversations based on real and imaginary texts, news, quotes and comments. This collective writing exercise has been made in collaboration with the Italian philosopher and activist Franco Berardi “Bifo”. The words presented here are just the starting point of an open work: the theatre art of this drama is generated through the participation of the public who, by means of their own words, rewrite the play indefinitely, turning themselves into the main characters.

TO ERR. The erratic pace of the participant defines how to go over the installation. Let’s get into it through the narrow passage where we will find some of the divine works of the heretic artist. You will find patchwork of issues of L’Osservatore Romano, the official newspaper of Vatican city. You are about to see the images of that universal torture laboratory intertwining with more or less known divinities. You are invited to run through the inferno path among other works of the artist, an assembly of toys, dolls, skulls and bones together with saints, virgins and other objects of worship, which question us on the role of Western and Christian society in contemporary wars and tragedies.
There are also some documents to place us in the main theme of Ferrari’s works, always related to the idea of hell as a place of never-ending torture, to which mankind is doomed.After this brief visit to the agnostic shrine we go through the curtain that divides the room and leads us to another stage: a round temple-world designed for the social game of representations; it is now time to err again. As we look up we get a panoramic view of the place. As in the liturgy narrated by the frescos in the cathedrals, this panoramic view displays a circular history, repeated once and again. Landscapes and characters melt into each other, turning into a single scene of the planet’s big bang.

Let’s take a few more steps to enter the stage….

In the centre of the scene there are two stands facing each other, mirroring a world in permanent conflict. Over the stands some phones can be found: they have been collected from the wastelands of the Stock Exchange during the global financial crisis of 2008. The phones ring over and over again – there seems to be an urgent call to be answered. When a call is answered, the voice of the Director invites us to act, repeat or invent. The choice is there to be made: accept or disobey.

The bells ringing in Wall Street tell us about a new crisis. The brokers enter the boxing ring and a new war where the 1% fights against the 99% begins. The world’s fate is defined there. As in a football match where everyone is a rival, the battle for survival never stops. It happens at work, in the streets and institutions, underground, before getting into the train or in the sky, full of wires.

The telephone rings once more.

We pick it up, and a voice, secretively, reads to us fragments of the script, as the one that follows:

Welcome to hell. Behold the only protagonist: the mighty God of Capital. An abstract force that materialises and takes control of life to spread the earth with shadows. A God of Economy full of ambition, capable of destroying countries and nations, cultures and towns; with the ability to genetically modify nature until forests turn into deserts, and suck seas and mountains dry, so the whole mankind is left with nothing, deprived of everything. God of Markets, you who force us to compete against each other to death for the sake of your survival. God of Masters, who exploit us day in day out forcing us to sell our only renewable resource left: time. God of Finance, who speculate with our existence to the point of confiscating the future of entire societies. God of Politics, who deceive us every four years and make us live delusional through democratic dictatorships. God of Google, who spy on us and analyse our desires, ideologies and behaviour. Evil God of Capital, you are the raging tyranny, the only belief still standing, while we almost don’t believe in you anymore. Oh, God of Capital, do announce your demise once and for all and set us free of this economy hell.

This is the story of mankind and its divine ability to err. This is the story of hell in the world, as real as it is imaginary, and the tragedy we are doomed to live in. Erring from God is running away from the hell of beliefs, a way of escaping the eternal punishment of capitalism. Erring together in a collective break-out of the system of representations. Erring from God is a game, an errorist provocation to imagine other worlds and talk about things that don’t exist.

1 Errorism: practice or philosophy that bases its actions on error. Errorists: multitudes, subjects or groups that practice Errorism.” The International Errorist Movement was founded in 2005.

2 After being published, only two dramatizations of the work have taken place: in 1968 the artist Leopoldo Maler staged a play called “Listen Here Now: A News Concert for Four Voices and a Soft Drum”, at the London Arts Laboratory. In 1972, theatre director Pedro Asquini staged a play called “Pacem in Terris Operation” at a theatre in Buenos Aires. He used some of Ferrari’s works as part of the setting.

ERRAR DE DIOS. A dialogue with Palabras Ajenas (Words of Others) by León Ferrari. A project by Etcetera… 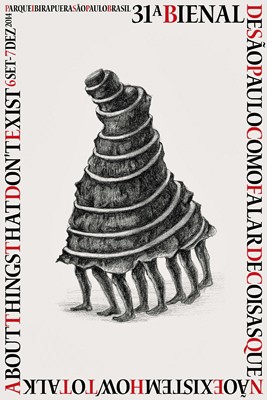 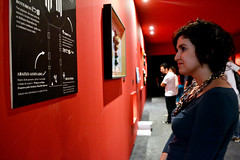 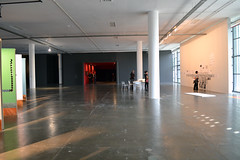 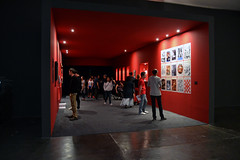 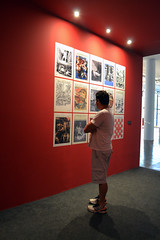